The unprecedented growth in the popularity of smartphones has had many ramifications for businesses. One of the most critical implications out of them all is mobile app development. To put it in a few words: it's crucial for business. There are many factors for consideration while developing a mobile app and nothing is as vital as considering user behavior. 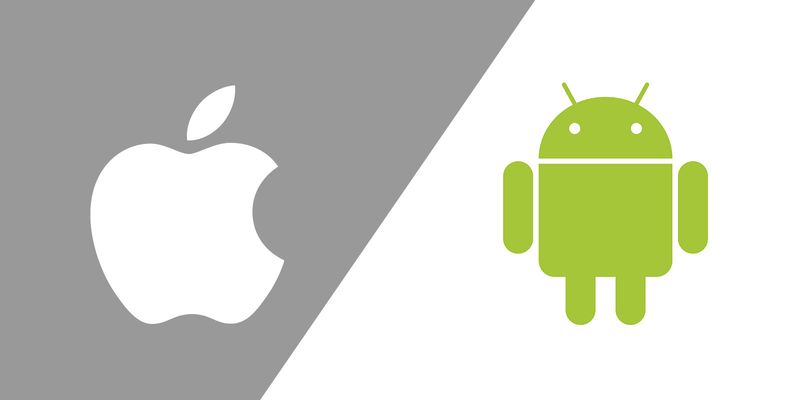 It is because understanding the business' target audience with their needs and preferences plays a vital role in developing a successful mobile app. An app is deemed successful only when it addresses the users' needs. Moreover, to do that; it is important to study users' behavior and take a deep dive into the personality traits of the group. The quickest way to get started on the journey of understanding your users is to see which smartphone they use, or the OS, to be precise. Between Android and iOS, the two most popular OS in the market, user behavior, as well as their interests, can vary a lot. The OS they choose is also reflective of factors like their preference in the context of price, whether they are interested in a free download or if payment for the app is made, and if they are faithful to a particular brand or not.

So, to help you decide which of these two platforms is better suited for your mobile app, we put together a quick comparison to help you make an informed decision.

1. Personality: Extensive research has revealed that Android users typically more considerate and attentive as compared to iOS users, who are generally extroverts. Studies have also announced that iOS users are more inclined to assume leadership roles, while Android users exhibit modesty and are more of followers. Why is user personality important? Well, these differences are very revealing when it comes to the kind of apps users prefer.

2. Spending habits: Once upon a time, there existed a considerable gap between Android and iOS users when it came to spending tendencies. Now even though this gap has shrunk considerably, iPhone users are still leading the race when it comes to making purchases. iOS offers myriad opportunities for revenue generation via paid apps, whereas Android apps typically earn revenue from mobile ads.

3. Engagement and retention: Most people know that engagement and conservation are the top factors that decide an app's success. iOS users have been found to be more engaged and they also usually have a better rate of retention. On the other hand, Android users don't engage with apps very consistently, which means Android app developers have to strive harder to enhance the retention rate for their apps.

It is quite evident that each of these two leading OS in the market comes with its own set of attributes and advantages. Which means a company must carefully evaluate the primary factor that pretty much decides the app's fate: user and their behavior. So, no matter if you engage the services of an iPhone application development company or Android, be sure first to understand your users’ problems and requirements. Such diligence will help you offer a perfect solution to your target audience.